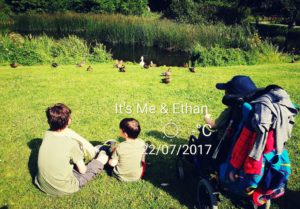 It’s a dark, crowded, murky, heavy jungle worth cutting your way through to find that beautiful clearing.

Types of parents, I guarantee you’ll meet within this jungle of Special Needs.

They are going to change the whole darn system. Nothing works. It’s all crap and the people who work in the system don’t give a crap about our kids.

No amount of paperwork is going to stop them from changing the world.

Be careful of these extreme activists, they mean well but they are fierce; you can’t half-arse help, you have to wholeheartedly help. Approach these parents with caution.

These are the parents most of us admire while hoping they don’t corner us to help picket the speech and language department on a wet winter’s day.

We have no idea where they get the energy nor time from but we secretly suspect they have a lot of home help.

These parents are like the Extreme Activists, only much softer and calmer. They don’t believe the speech and language department should be picketed.

They believe in emails, phone calls and meetings with those who are in charge. These parents know exactly who is who within the system.

They have an amazing ability to pause their own struggles and help you with yours. They believe help one child, help them all.

The Advocate lives within all parents of child with extra needs.

The Googler – (not to mixed up with the conspiracy theorist)

It’s easy for us all to become The Googler but we must be aware of the dangers of becoming the full time Googler.

The Googler is never without their phone, it is attached to their hand especially at meetings.

They are the ones who corrects the team when they use the now outdated term IEP instead of IP.

You know you’re not even close to becoming The Googler when you roll your eyes and think; sure it still means the same fecking thing.

The Googler, when given the chance will tell you what it is your child’s team are doing wrong. They will instill the fear of God in you if you stand and listen long enough.

They will make you believe that perhaps the private OT sessions you’ve been forking out for are nothing more than play therapy with no real results coming.

They will let you know what you are doing wrong regarding having trust in the state care provided for your child.

You need to ensure you walk away from them once you’ve discovered that they are indeed The Googler.

These parents are somewhat similar to The Googler, except that they believe the government caused most of the conditions/disabilities our children have by insisting we vaccinate our kids. They believe our kids are different because our government tricked us.

They are not the same as anti-vaccinators, as they believe in vaccines, they just think the government picked one vaccine which caused our kids disabilities as a sort of social experiment.

The Googler and The Conspiracy Theorist are good mates who like coffee, chats and hanging out with the Extreme Activists.

These parents are looking to blame. They are normally new to the special needs scene and have not been given enough information regarding the diagnosis their child has received.

They fall in with The Googler and sure it snowballs from there.

Surprisingly, they don’t really like The Conspiracy Theorist as they don’t believe only one vaccine could be to blame for their child’s diagnosis.

It’s best to just smile and nod when they tell you that you should not have vaccinated your child. They don’t like to be debated despite them telling you that they can debate it; just don’t.

The One With Tight Lips-

Oh yes, these parents are plentiful. They have all sorts of supports which meet their child needs. They have home help, home adaptations, a support worker, resource hours…the list is endless.

They will sit and listen to you complain about trying to figure out who your social worker is but not one word of advice will escape their lips as deep down they believe if they help you they will lose some of their supports.

Once you meet one of these parents you must learn to bullshit them. Leave them thinking you’re getting more support than them, it’ll drive them nuts.

These parents send you emails, phone numbers, a directory of who is who as they’ve been in this jungle awhile and hate the fact that nothing changes.

If you don’t know how to access supports, home help… these are the parents that along with The Advocate, will leave no stone unturned to help you – the reason they do this – it’s simple, they know the stress the system can cause so they try to ease that for you.

The Dab Hand isn’t to be mixed up with the Advocate, they simply pass on what they know and who they know to you when you ask. They share their experience and what different route they would have taken had they known then what they know now.

These parents are struggling and don’t really want your help. They would rather be left alone.

They are searching for second opinions and third opinions and paying a lot of money to be told over and over again that ‘Johnny’ is ‘different’.

They find it hard to accept and don’t feel like they belong in the jungle with you. And that’s OK.

Don’t let them bring you down, they will eventually see ability before disability. Pat them on the back and move on until they begin a conversation. It’s important to mind yourself through this jungle too.

Ah they have their heads stuck in everywhere. They know you before you were even introduced. They’ll be chatty, friendly and full of questions regarding your child and services.

Be careful, they are comparing what services you are getting to what they are getting and are already composing a strong email to the same service provider using YOU as the reason they are emailing.

You can tell they are The Rubbernecker as they won’t willingly share the same information they are asking from you, not unlike The One With Tight Lips, eh?

Be careful of these parents, they make you feel ‘bad’ for saying you’re struggling.

They will make you think that you shouldn’t feel a certain way. Don’t let them.

Smile and walk away. Go and sit beside The Advocate or Dab Hand.

Yes, these parents exist in this journey.

They are normally The Dab Hand too, but not always.

They have been there, done that and can now see the humour in most of it. They recall stories about their own journey which will make you laugh, cry or stare in awe of them.

They are extremely approachable and helpful. They listen to you and comfort you as best they can.

They remind you that life is what it is and we all might as well get on with it. They are full of life and fun yet can be serious when they need to be.

They also know The Advocate and The Dab Hand quite well and will introduce you to them. They will let you know who is who within the parenting group.

The Politically Correct One –

These parents are quite serious and take the words we use when describing our kiddies very literally.

It is easy to offend these parents by using words that they don’t agree with.

They are not shy of telling you that ‘differently abled’ is much more socially acceptable than saying ‘disabled’.

And maybe it is, but most of us have a lot more to be concerning ourselves with rather than what words we use.

However, we all have a little bit of The Politically Correct One in us, even if we don’t like to admit it.

For example, imagine someone referring to your child as a ‘R’? Yep, we all turn into The Politically Correct One along with The Extreme Activist right there and then!

So, there you have it, just some of the parents you’ll meet along in the jungle. Some will help pave a path for you while others will run ahead and not look back. 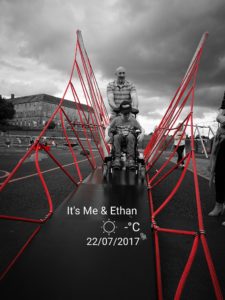