Just when we needed something, anything to look forward to, it was there.

It had been a month since Ethans diagnosis. If I am being totally honest, I think in that first month, I tried my best to ignore it. I refused to think about it in any great detail. I googled it once and couldn’t bring myself to google it again.
D had a different approach. D is the kind of man, that if you tell him ‘you can’t’ it drives him more. He understood what the doctors were telling us but he did not accept it. His plan was to raise awareness and funds which he hoped would help further on going research. I didn’t care. I didn’t want to know about research.
I just wanted them to stop using words like, ‘terminal’,’limited’,’life expectancy’,’progressive’, ‘regression’ …

We had very different approaches, D and I. 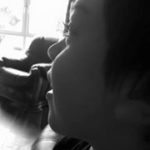 D had all these plans, a huge fundraiser for the Irish MPS Society. I didn’t feel ready for all this. He insisted I try, try to do something productive, focus on something other than what doctors had been telling us. “Imagine, if someone had done this when their kid was diagnosed, if we get this into national newspapers, think of the families we may be helping, the doctors we’d be educating. For fucksake, they told us only boys have it, yet , who was the first person we met with it and where were they from, huh? huh?” I looked at his wide eyes, full of hope. I nodded. “A little girl”, he nudged me “, From?”,”I know, I know…from here”, he was on the point of annoying me… I paused,”I’m just, just scared” I admitted through watery eyes. He hugged me tight,almost whispering,” What’s let for us to be scared about, we’ve been through hell and back.”

The next month passed in a blur of radio interviews, interviews for newspapers, yes including national,spot prizes, raffles and a huge huge fundraiser in our local Rugby club. We met some amazing people, generous people and those that you would describe as ‘salt of the earth’ kind. People are great. They got upset listening to our story, our struggle but somehow were amazed at us and our ability to go ahead with this idea of an awareness campaign slash fundraiser. I always felt uncomfortable, as I knew it took D days to get me on board. I often felt like a fraud as a newly found sponsor (through D’s hard work ) would tell me how great I was and how strong I was. I wasn’t strong, I was occupied and focused.

Finally, we had one week left until May16th ( two days before Ethan’s 6th birthday and one day after National MPS awareness day ) when we were in our local Tesco doing our grocery shopping. Tesco had sponsored a few spot prizes so we were now on speaking terms with the management.

We were in deep conversation about whether on not the boys still liked Jam, when the manager approached us. ” Ethan’s mom and dad, yeah?” she asked. We were getting used to being recognised as Ethan had become a little bit of a local celebrity with all his pictures appearing in newspapers. We both smiled. “Yes” D answered and placed his hand out to met hers. “And thank you, thank you guys so much for your donation ” he continued. ” Oh, yeah, yeah, that’s great. Could you both come with me, leave the trolley there, it’ll be fine” she smiled as she nodded to the shelf packer, ” Leave that there”.

We followed her like two children who were on the way to the principals office. We were both exchanging confused looks but did not speak. We followed her past the ‘staff only’ sign and down a narrow corridor which lead to a tiny office. ” I hope you don’t mind” she handed me a folded letter. I didn’t know what to do with it, do I open it, do I not …”Open it please” she was eager now, her eyes moving from mine to D’s.

I closed my eyes and handed D the letter.  “I, I don’t know how to thank you” I felt my voice wobble. “Oh my God. Make A Wish. Wow” D, for once, did not know what else to say.

“We are sponsors of the Make A Wish foundation Ireland this year, we, Tesco, would like it very much, if Ethan would accept a wish” her eyes were glistening.

I wanted to tell her Ethan didn’t have cancer, Ethan wasn’t like those poor kids, I was worried Ethan would be taking another terminally ill child’s wish away, when I heard D. ”This is something we never expected. We don’t know what to say. We really don’t. Thank you just isn’t enough.” he rubbed his eyes as I watched his chin wobble. “I, I’m not sure” spilled out of my mouth. She gently reached for my shaking hand, ” You all deserve a magical wish, from what I’ve read, Ethan loves Mickey Mouse , Make A Wish have granted him any wish he wants. Take it mammy, take it” she rubbed my arm.

May the 16th 2008, a crowd of nearly 500 showed up to small run down Rugby clubhouse. It was two months after we learned about MPS and it’s horrible plan. The lights did not get turned down that night. This was an Irish fundraiser after all!
We raised, together with the City of the Tribes, (Galway) 11,500.00 Euro for all our kiddies living and fighting MPS, worldwide that’s 2000.

I am still proud to this day. I am proud of my city, my friends, my family, strangers, well wishers but most of all my D. He was right. This fundraiser was an amazing idea which helped me deal and cope with MPS. It forced me to talk about Hunter Syndrome( MPS,type 2) and it’s nasty plan for our boy.

I needed to talk.