I have been published on countless sites , I have even won an award.

I have had plenty of comments full of support, love and understanding. 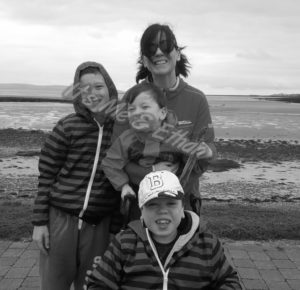 I have had comments disagreeing with me , politely and respectfully ; not everyone is going to agree with my perspection or opinions and that’s perfectly fine. A disagreement is something we can all learn from and I am more than willing to debate a topic with any reader.

I have had nasty comments; typed behind a screen and baiting me into a reaction. I thought that was trolling. Well, a form of trolling. But now I’m not so sure.

Sometimes I respond, most times I don’t and when I don’t , something amazing happens.Those who read my writings take over, those who get something from my writings stand with me. Suddenly , I am reminded of all the wonderful people who spend time reading and commenting from behind their screens and I forget about those who hide in the deep dark corners of the Internet, looking to hurt , looking to cause pain and upset.

I have a thick skin.

I meet ignorance every day – I’ve had to justify my sons behaviours to random strangers.

I have to explain over and over to the powers that be; why my son needs services which they seem to think he can do without.

I have to ignore flyaway comments; I have had to learn not to take everything to heart.

I have had to learn that some people simply don’t care and never will.

I have had to control the bitterness that can creep into every single part of my body in an instance when someone complains that their child has broken their leg and how they are ‘bogged’ down with all the appointments required to get this child’s leg back in working order.

I have to take what specialist and experts are telling me and bury it, in order for me to live day to day.

I have fought to get vital medication for my son, after being told it was impossible.I was told nothing could help my son- have you any idea how that feels ? I refused to take no for an answer; he got the medication.

I have always had a thick skin; growing up in a family of 9 in 1980’s Ireland can do that to you especially if your brother has Down syndrome. Back then, people were beyond ignorant , kids were the worst.

Trolling a person like me ; is a fruitless task. There’s no point. I face and still face a parents worst nightmare every single day.

So, now that we know this doesn’t bother me, I wanted to share it because it may bother some other parent in my shoes or shoes similar to mine — I found it disturbing but I wasn’t upset and I would hope that no parent would get upset reading garbage like this.

I got a private message- I won’t share her name because this lady may have had her identity stolen…or she could simply believe everything she typed …I don’t know.

I do know that she has used her religious beliefs to hide behind; which sucks. That’s totally unfair to those who are good , caring people who follow a religion- I really hate to see people using their religious beliefs as an excuse to be a shitty human being.

The message read as follows :
Hi, I’ve read an article about your Ethan and I’m giving you the address to my blog about Christianity ( thus far, I have made no judgement about this woman, each to their own)- and before you may think wrongly , you can also see what I write about on my FB page – it’s all official. In short, I believe your boy is possessed with an unclean (badly functioning ) soul/spirit. ( holy sh*t, is she for real?! I laughed out loud but then took a second to think of all those other people who may think this woman is right. I continued to read) But it’s too difficult to explain here, it’s better explained on my blog.(of course it is lady) I mean no disrespect to you or your son! (She put in the exclamation mark, not me. Well, that’s ok then, she means no disrespect and she’s a Christian , so that’s ok?) Gods peace blah blah (She signed it God’s peace ?! I am confused, there’s nothing peaceful about her message, it’s quite disturbing , disturbing that there may be people out there who believe this crap. She included her links and name )

I responded . After I clicked on all her links and… It was all very odd. Very religious and very adamant that Gods message was ..well I couldn’t really understand and gave up five minutes into trying to read a piece.. . I am not going to share any details about her because for one, this may be someone other than the name that was given and secondly I think she would only love it — so no, I won’t be naming and shaming her. She follows what I write about so I am sure she will reveal herself if she really needs to spread her version of Gods message.

I’ve checked your profile, no friends, no comments , not a single thing …and your blog. You have offended me but I think that’s what you wanted to do. For a supposed Christian you sure are a poor excuse of a human. My guess is you’re a troll. Enjoy trolling.

Somewhere in the deep dark corner of the Internet lies a troll; I hope this person is a troll…having looked at that website my fear is that she may not be, she may believe kids like my son are unclean spirits — this frightens me more than any troll could ; how can people think that way?

What if she is real?

What if she believes every single word she typed not only to me but on her website too?

I am hoping she is a troll.

If she isn’t a troll; I wish she wouldn’t use her religious beliefs to hide behind and I would love her to take and walk down any children’s hospital ward and preach her version of Gods message to any parent there …I think sometimes that’s the only way some people can be taught some form of empathy …


I am sorry but I believe that any all mighty and powerful being that can let so much injustice happen is not worthy of my admiration.