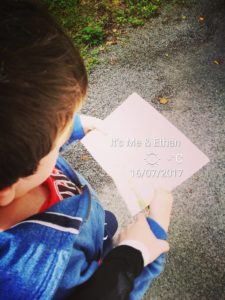 It was once a day where you rushed through the front door, waving your handmade masterpiece high in the air.

You sat and watched your mother or father read your cryptic message.

You got a kiss and a cuddle, maybe even a chocolate sweet and promises were made that they would forever be your Valentine.

It was once about what cards would adorn your school locker.

Then, it became about the possibilities of meeting ‘the one’ on that particular evening full of hope, love and romantic notions.

When you found your ‘one’ it became about gifts. Gifts which showed you cared, you loved and more importantly that you were loved. You wanted the world to know you had a Valentine.

When you lost the ‘one’ it became about depressing signs in shop windows, silly cards and the ridiculousness of ever believing that a ‘made-up’ holiday was even important. It felt like an attack on the single you.

It was once about the ‘I do’s’ and the promises of never forgetting an anniversary let alone such an important day like the most romantic day of the year.

It was about the first Valentines together, the second and counting on and on.

It was about a meal for two with twinkling lights, a rose and a glass of wine.

It was about trips away, time alone yet together.

It’s different now. It’s not about the chocolates, flowers, perfumes or jewelry.

It’s about the little scribbles on the once blank piece of paper.

It’s about the little hands that have evidence of red marker all over them.

It’s about the glitter that sits on their small button noses.

It’s about the carefully dotted name, which they try so very hard to trace over with a chunky marker.

It’s about the excitement of their creation, made especially for you.

It’s about making memories and trying to keep all that artwork safely tucked away.

It’s about knowing you won’t be their Valentine for much longer.

It’s about treasuring their little gifts while they still think you’re the best thing since ‘Peppa Pig’.

It’s about having a cup of tea made for you, a gentle kiss on the head with the offer of your favorite biscuit.

It’s about being left in bed.

It’s about having a walk, alone.

It’s about not having to make the dinner, cook the tea or tidy up!

It’s about saying ‘Happy Valentine’s Day, I wouldn’t want to be in this with anyone else but you’.

It’s about not buying the gifts, the cards, the flowers.

And sometimes, just sometimes it is about a slice of cake!

Happy Valentine’s Day to you all.