Just when we needed something, anything to look forward to, it was there. It had been a month since Ethans diagnosis. If I am being totally honest, I think in that first month, I tried my best to ignore it. I refused […]

Life in our house can be hectic to say the least. Somedays I can have up to two of my ‘mini me’s’ in the toilet with me at any given time. I have learned how to wee holding the baby in one […]

We laugh. Despite everything we live with, we laugh. Mass is not something we attend regularly. It’s not that we don’t believe in God; we do. We only go when we MUST go. Mass is no easy place to sit with any […]

I have a son who deserves more than I give him. He gives me so much while I struggle to spend time with him. He is a big part of the laughter in our home. He is the live wire. He is […]

I was never one who believed in that old wives tale ~ bad things happen in threes~ mind you, I had never heard it from anyone other than my mother, up until March 2008, that is. It was a beautiful April’s morning, […]

We attend a lot of appointments with Ethan, about Ethan and for Ethan. As you can imagine, it all can become a bit of a blur. One rolls into the other and I always have trouble remembering who is who, especially when […]

I was a mere 20(and a half, to be exact!) years old when I gave birth to my 9lb bouncing baby boy. It was a natural birth- neither were planned! I remember being outside a local toy shop, all year I had […]

Looking back now, I can pinpoint the exact moment I knew I was strong enough to be Ethan’s mammy. I remember going to my brothers flat after our visit with the doctor. I just sat and cried. He didn’t know what to […] 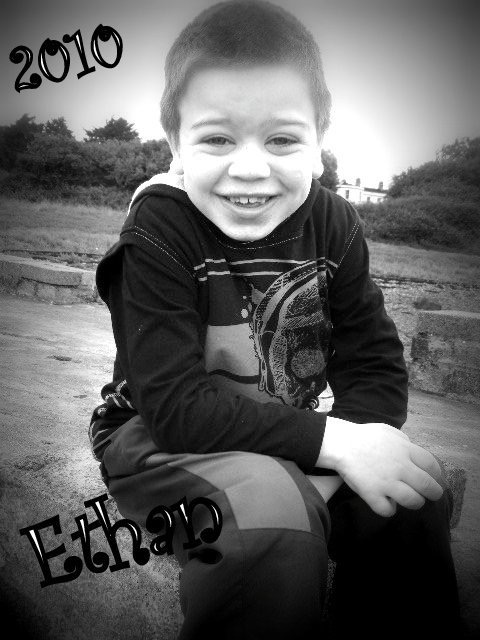 “Only one.” He’s not even looking in my direction. I bend down. My forehead inches away from his. I know this is a risk. I also know I need him to understand—One thing,one thing only. What I don’t know is, why I […]