I had a phone call with my dad recently which made me think of all the times I have searched for a word to describe my daddy in all his glory. 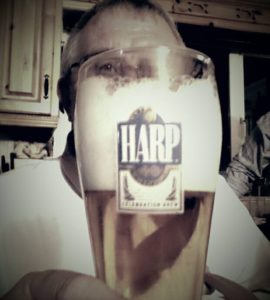 He’s an enigma, my daddy.
An enigma is defined as a person or thing that is mysterious or difficult to understand – which is a perfect description of my daddy.
He is wonderfully odd.
Wonderfully politically incorrect.
Wonderfully funny.

He is mysteriously funny and his reasoning for such outlandish remarks can at times be very difficult to understand ; but Christ, he is a funny man, even if I didn’t appreciate it fully as a child or young teen.

He is oblivious to how much the world has changed and doesn’t give a rats ass what anyone thinks .
I admire that and I am just like him except a little bit of my darling sensible mammy got mixed up in my genetic makeup.

As a child ; I would announce the arrival of my friend visiting. My siblings used to laugh their asses off at me because why the heck would anyone announce that someone has walked in the door.

There was a method to my madness; I did this was because I had hoped my daddy would hear me and act like anyone would when meeting someone for the first time. My older siblings knew better ; they knew I was in fact giving my dad permission to be as ( what he would call ‘funny’) entertaining as he wished to be when meeting my friends.
My friends each have a story about the first time they met my dad.

I don’t remember the first time I met their parents! Yet everyone who knows my dad has a story to tell you about him especially regarding their first meeting.

My dad over the years, convinced my friends that toilet roll had to be paid for before going to the toilet in our house, he once offered a friend a cup of tea then proceeded to show her the kettle while telling her how he likes his tea, he handed a friend a dusting cloth instead of his hand when she first met him…it’s all funny now, but back then I thought if I announced a friend he would stop and just say ‘hello’.

Eventually, I stopped announcing them but he then took up an interviewer role…

He would sit down and quizz my friend about where she lived, who her parents were, if she followed the GAA or if she was a ‘hippy’ like me.

I was never a hippy. My dad believed since I wore ‘Dr Martens’ boots , I was one step on that hippy road so he might as well call a spade a spade. And so; until I was in my early twenties I was the hippy of the family. 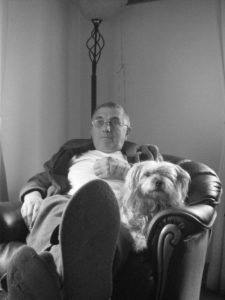 The only time I ever bought a boyfriend to our house was because I had to. The good old Debs ensured my father would meet the boy I had been spending time with.
I begged dad to just say ‘hello’ , shake his hand and let us get into the taxi.

I will never forget how well behaved dad was up until my date asked where my mother was.

‘She is gone’ my dad stated. Which was true. My poor mammy had to rush off to work and didn’t get the chance to meet my date . She had warned dad that I was nervous ; that it was no time to be messing with this young lad when he called.

My date stared at me. His mouth open , unsure of what to say, when I released he misunderstood dad ; dad still swears he didn’t say it so dead pan with a head drop thrown in for good measure – which he did, he dropped his head and gently shook it from side to side .

‘Gone to work!’ I nearly shouted, ready to give my dear old daddy a dead arm. Luckily my date saw the funny side and began to laugh, while dad started telling him he liked him , ‘you’ve passed’ he shook his hand. Then of course came the GAA questions. 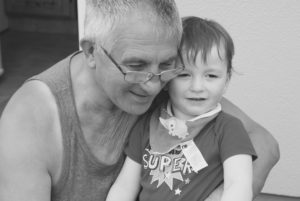 Now let me bring you guys up to date; since you now may have an idea of why I feel I need to give my dad the heads up regarding new people in our lives.
Since Ethans decline there are a lot of comings and goings in our home, most my dad will never meet but there is one he will be meeting.

We have finally got an in-home support worker, S.
S is a gentle giant. A very welcomed help for our family. The boys adore him and he has a lovely calming effect on Ethan .

S has slid right into our family life and has made our days that bit easier to manage.
I sent dad a picture of Ethan and S, explaining who he was and what he has been doing over these past two weeks.

The house phone rang.
‘Oh lovely. Can’t wait to interview him’
‘ No dad. No. Just be normal and shake his hand. He has had an interview . You are not to interview him’
‘What about it. I’ll just ask him a few questions, see what’s going on with him. Does he like the GAA, is all, can he make a good cup of tae and stuff like that sure’
It’s always about the fecking GAA, the man secretly hopes he will find a fan like him, out of his seven children, none of us follow the GAA, I am pretty sure it’s a thorn in his side.
‘Ah stop dad, I know you’re messing now so cop on. Just be nice. I need him to feel comfortable ‘
I didn’t want to have to say or I’ll tell mam’ .
I am an adult .
I can handle my dad and his messing. 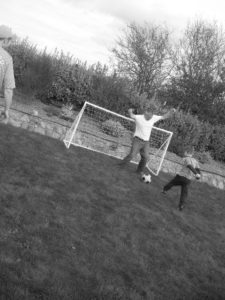 There is always that voice that reminds me the more I protest, the more my dad will go on about it, but I never listen to that voice; instead I try my best to get him to promise me to behave – my dad doesn’t break promises , like when we were kids, if he said you’d get a slap on the arse and followed it with the words ‘I promise ya’, the chances were a slap on the arse was in your near future!

‘I will interview him, I am telling ya now Mac’keen. I want to know which Garda vetted him… where he is from ...’
‘Jesus Dad! You can’t say that..’
‘I can! Who’s going to stop me? ‘
‘Mammy. I am telling mam now on ya and you’re never meeting S unless you promise to behave’

A message from my darling daddy read ‘Money talks’
I began to laugh.

‘Are you fecking trying to blackmail me’
‘Yes. Is it working?’ He laughed and then he said the words I needed to hear ‘ I am only coddin’ ya Mack’een. Course I’ll be good. I am delighted ye got the help’.

And so my daddy will be meeting S soon.
No doubt by the end of their meeting S will either be laughing, offended or bemused by him.

Either way I am pretty sure S will have his very own story about the first time he met my daddy. 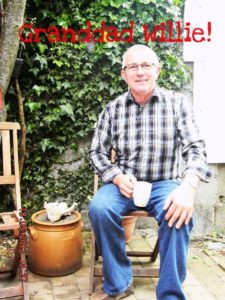