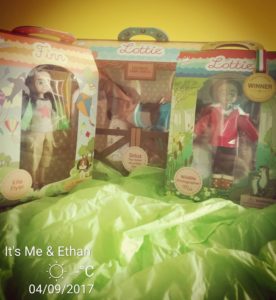 This was my first time to have ever been sent something to review.

I have been offered items before but often felt that they didn’t ‘fit’ in with what I tend to write about.

I had explained briefly to my toddler about what was in the box .(who turns 4 at the end of the month)

“Is that the box with the dolls ?” He asked as I thanked the postman.

“Yes” I smiled at the name “Lottie” which ran across the top of the brown cardboard box.

Let me tell you a little about ‘Lottie Dolls’.

-They are dolls made in the image and likeness of children. You won’t find any ‘Lottie Doll’ wearing makeup or high heels.

– They are dolls made for both girls AND boys.

– Each doll comes with their own backstory, for example ‘Mia’ is a keen wildlife photographer while ‘ Finn’ enjoys kite flying in his spare time.

– They are designed by children and for children . (Children have helped create ‘Lottie’ and her friends ain’t that impressive?!)

– Their outfits are bright, colourful and made from tactile fabrics, making it easier than ever for small hands to dress, change and play with ‘Lottie’ and co.

– They each have a play set which encourages outdoor play. 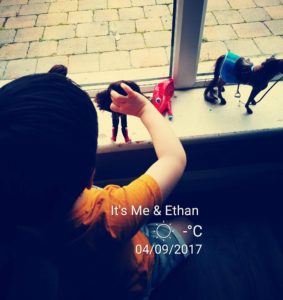 Be Bold, Be Brave, Be You ; which is what drew me to Lottie Dolls, their message is something we all try to instil in our children.

I opened the box.

My toddler climbed up on the chair to see what wonders were about to be freed.

I glanced at the box and could inform my darling that ‘Sirius’ was in fact a Welsh mountain pony. And I informed him (again, thanks to the information on the box!) that ‘Sirius’ was named after the brightest star in the Earth’s night sky.

I smiled. It was cool.

“I have two more things in here. Would you like to see them?”

He nodded, while gently freeing ‘Sirius’ from his colourful stable box.

Gently, I took ‘Finn’ from his kite designed box.

“Meet Finn” I handed him to my toddler.

“Look” I handed him the kite which came with ‘Finn’.

He placed Finn on the pony and began playing .

“Oh hang on. I’ve one more” I placed the box on the table.

This doll to me said more about the world we live in compared to the world I grew up in.

My brother has Down syndrome, my son has Hunter Syndrome , I know first hand how having a disability is often viewed, from getting about the town to the toys we play with.

‘Mia’ for me, was personal.

I took her gently out of her ‘Wildlife’ themed box.

Parents like me can get a bit emotional when we see our kiddies being included and I am not ashamed to say, ‘Mia’ made me emotional.

I handed her to my son. 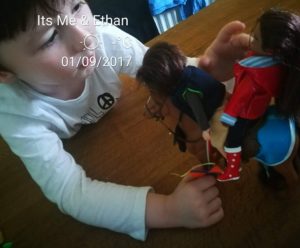 “Wow mammy. She is pretty , just like you!” Forever the charmer.

He investigated her bag, her camera , her newspaper then eventually her.

“Her hair is the same colour as your hair mammy” he smiled.

“It’s so long and …” he stopped as he gathered her hair to one side.

“Oh mammy, she has a hearing aid. LOOK!” He excitedly pointed at the cochlear implant behind Mia’s ear.

Yes, Ethan is supposed to wear bilateral hearing aids, but refuses (due to his declining ability to understand ). I was impressed the toddler had remembered Ethan’s hearing aids.

“That is very like a hearing aid, but it is called a ‘cochlear implant’. It helps ‘Mia’ to hear ” I smiled , proud that my little one had spotted it and knew what it’s purpose was.

“I know mammy. Can I keep all these and can I play with them and can I keep them forever?” He gathered ‘Mia’, ‘Finn’ and ‘Sirius’ up in his small arms and held them against his chest. 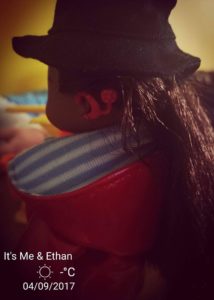 “Yes! Yes and Yes! You can have them and enjoy them”

The weekend was spent packing ‘Mia’, ‘Finn’ and ‘Sirius’ into his bag every time we left the house. 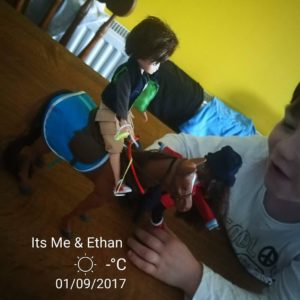 They went to the park, playground, nannies house and in the car for a spin. 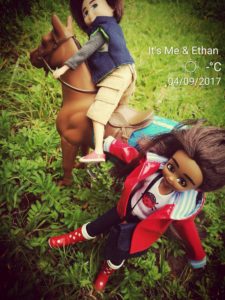 Anyone who called were given the back stories to the dolls and then shown how both dolls can go on the pony.

My middle son, J (12), came home and noticed the cochlear implant on ‘Mia’, “That is pretty cool mam, has Ethan seen this ?”

Ethan doesn’t engage as well as he once did. We did show him the dolls and the pony but he had little interest until J bought ‘Mia’ into him and started talking for her.

Ethan took ‘Mia’ kissed her (which did surprise us) then threw her, like he does with many toys, the good news is the heads of the dolls are soft, so when thrown they don’t hurt !

Yes, I now have my little almost four year old son, playing in a magical world with two dolls and their pony.

He has discovered that their clothes can be changed and has mastered the art of changing tops, shoes, coats and pants ! 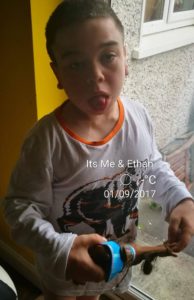 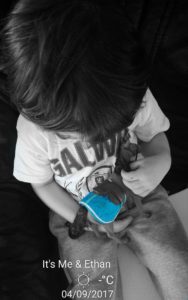 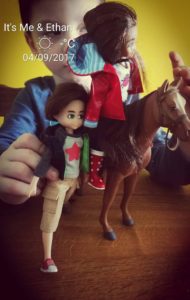 ‘Lottie dolls’ are one toy which I really cannot recommend highly enough , not only have they passed the ‘Ethan’ test, they have the seal of approval not only from me but from both my toddler and my 12 year old who put it perfectly when he stated ; “It’s about time mammy, it’s lovely to see everyone included”.

I have to say, in a world where our children are growing up too fast, ‘Lottie” and her friends have brought back a little bit of the magic of childhood; as I watch my toddler talk for the dolls, dress them, play with them and even talk for the pony (if he is called after the brightest star of the earth’s night sky, why wouldn’t he be able to talk !)`

Imagination is a wonderful thing. 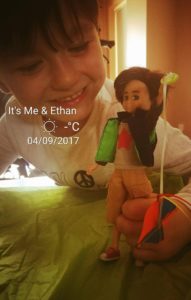 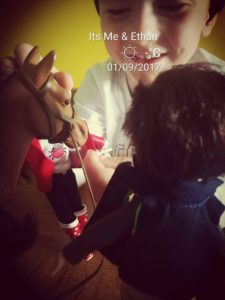 *Disclaimer – I was sent these dolls in exchange for a review. All opinions are my own. This post contains affiliate links.


Geraldine, I think this is my favourite Lottie review ever. I had tears in my flipping eyes, woman! You’ve quite the way with words. xx


Ah thank you so much Snead, ’tis much appreciated x


Thank you for reading and for making such toys! I have had a few people contact me with ideas for many more, it really is exciting to see our kiddies playing with toys who are just like them. You guys have done an amazing job x


I love how the dolls come with their own story and introduce the imagination of children to their universe. Encouraging outdoor play is also very important, especially in these times when children tend to spend their time in front of the computer.


Exactly Joanna, I think that is the reason they are becoming so popular!


We love these dolls too, my daughter had the butterfly catcher and it would always be in the garden 🙂


They are great for encouraging kids to get out and get exploring! Sounds like your little one is really enjoying her lottie !!


I love the concept behind Lottie Dolls, a much more realistic take on dolls that both boys and girls love playing with so much 🙂


Yes, I think that is exactly why they are becoming so popular ! It’s lovely to see such innocent dolls back on the market,eh?!


Oh I love the look of these , no make up on them! , Alessia would love these and they are super cute!


Yes1 exactly, they are ideal for young kiddies to play with, they are so natural looking !