My Summer, my Summer will be a little like a battlefield.
I will be gauging my son, Ethan’s reaction or possible reaction to everyday Summer occurrences 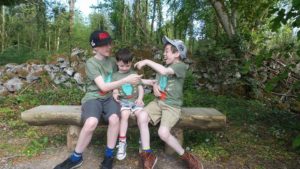 …I wish I could tell you guys at the end of most evenings a glass of wine will be had, but that too comes with a heavy price.

So, more often than not I will forgo the wine for a nice hot cup of coffee or tea…yep, that is how this mammy rolls ( not by choice but by circumstance!)

Every parent who has a child bound by routine will tell you school ‘breaks’ and ‘holidays’ are a lot like walking a tightrope…blindfolded…with no net…while smiling , cooking, cleaning and keeping your other children happy and entertained for weeks that never seem to end.

I will be deep in the trenches, praying for September to come as fast as it possibly can.

I do not like Summer holidays as it is far, far from a ‘holiday’.
(I bet right now every parent who has a child with extra needs are saying “I hear ya mammy!”) 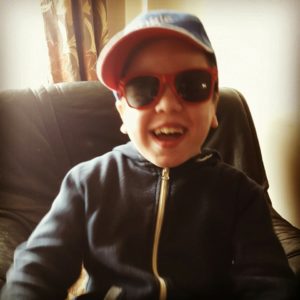 I don’t ever have to set an alarm; my darling wakes up between 5am and 6.45am daily.

He does not give two continental f**ks if it’s a Saturday, if mammy had too much wine the night before.

Baring that in mind, do you think he gives two F’s if it is the Summer Holidays?- that kid is up , which means I am up.

Just as my son is getting into the routine of his bus coming, seeing his teacher and SNA (special needs assistant), doing his work at school, coming home to dinner, going for a walk, doing his therapies, letting me administer medications to him, going for another walk, tea time, then bed time ..wham bam ..there’s another mid-term ‘break’ ..

’Break’…which means a break down really, because ladies and gents we all have to spend time getting him used to no school for X amount of days or weeks.

Then we’ve to get him back into the routine of school which surprise, surprise takes another few weeks which leads us to either another mid-term ‘break’ or Summer ‘Holidays’— whoop dee f**king do dah …

Then there is the fact that he can’t attend a Summer camp.

There is no Summer camp equipped enough to handle him, never mind to handle him while he is bang out of routine.
The training alone would cost a small fortune, we’d need a nurse on site, a person who is trained in handling violent meltdowns, and someone who can calm him in order to help him regulate, not forgetting a personal assistant to help with his feeding, dressing…you get the idea, I’m sure.

There is no such Summer camp here unless you count me and him being at home with me? 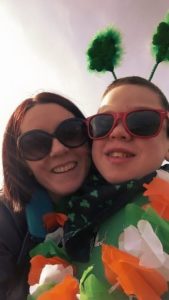 The long (relatively) lukewarm Summer days…my darling hates the heat, we are lucky though as we don’t see much of it here in Ireland but when that sun does shine, my little dude cannot cool himself down, so we’ve to ensure that he doesn’t over heat.

We only go to beaches either early in the morning or late in the evening, the heat being one reason but people being the other.

There’s no rush to get to the beach from our home; trust me it simply isn’t worth it.

Too many people, too much noise, too much movement all around him sends him into a panic and sure as the sun will set a meltdown follows soon after.

Our other boys are happy to go when there’s likely to be less people there; they are young and obviously wise. 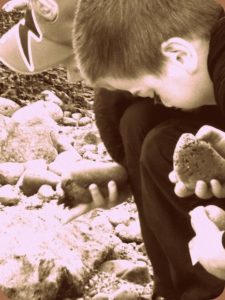 He stands waiting for the bus for the first few weeks of his ‘holidays’.
I would be lying if I told you that, that doesn’t upset me, but I have to let him wait then try to distract him…for hours, because as soon as I stop, he is back looking out that window.

No longer can we bring him out on day trips, our trips must be close by, short and wheelchair accessible with accessible toilets not just the ones with the ‘baby changing table’ clipped to the side (what the heck is that all about!)

Don’t get me wrong, we will enjoy not having to be on time with the other two boys but with Ethan it is different.

The appointments slow down, they don’t stop. We won’t always have to be rushing, which will be nice.
We will take a few trips which will last roughly three hours and we will have water fights, ice cube fights, lazy days where we just about get dressed, we will watch movies all day long, we will pick flowers in our local park ( if you see us there please don’t report us, we only ever take three!) we will ride bikes, kick footballs and roll in the long grass

…but we will still be counting down to September …

And when September comes we will miss the days of Summer where we didn’t have to prepare Ethan for a new teacher, a new classroom

…he will get into some sort of routine over the ‘holidays’ (regardless of it being less strict, less planned- who am I kidding, nothing will be planned, but he will get used to staying with us the whole day) 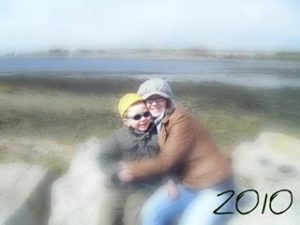 He will eventually forget about the bus, school, his SNA, his escort on the bus, just as September comes knocking, we will do it all again and get him back into his school routine .

There will be tears and tantrums but we will do it..then it’ll be mid-term ‘break’ and so the cycle continues…

But hey, for now we will just get through the Summer as best we can, as I imagine most parents do.

This was originally published on FireflyFriends.com