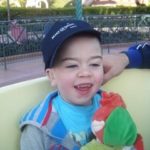 My son was diagnosed with a life limiting condition, called Hunter Syndrome back in 2008.

It was a long journey from Ethan’s birth to his diagnosis …five years and ten months to be exact.

In 2008, we were promised support and therapies not only for Ethan but for our family too.

The therapies stopped when Ethan was diagnosed as he was then too old for early intervention.

We were once again promised therapies would continue through the school.

We watched our son decline in his cognitive ability while his physical ability took a slower decline.

Ethan had regressed so much in a year that we had to move him into a school for children with special needs; which we were happy to do as we felt he would be under a service provider then, surely regular therapies would be part and parcel of the curriculum.

The therapies came in dribs and drabs with SNA’s expected to do the work of OT’s, Physiotherapists and Speech and language therapists; while we were given our fair share of the work too.

Once again; Ethan was not getting the therapies he needed in order to keep his joints loose and his body from seizing up; this would not keep him from needing a wheelchair but it would help him stay out of one for longer.

Respite was something we were told we as a family needed, Ethan needed and we should avail of.

After having my third and final child(2013), I had no choice but to beg for respite (despite being on a waiting list since 2008) . I had had an emergency c-section and need blood transfusions, my husband was sitting college exams and my middle child still had to go to school.
Ethan is a ball full of energy, he cannot sit still…he will run and walk despite the pain in his hips and legs, which leads him to have meltdowns, sometimes violent ones, other times he will screech and laugh all day long..constantly.

I finally got respite, when the baby was four months old.

Respite is a Godsend for Ethan, as he loves it and it benefits our little family too. It is a vital service.

We don’t ‘pick’ our days and if we request our days, they can cancel last minute due to emergencies.

We also pay for respite. It is not much, but when you’re a carer and your husband a student, it might as well be 100 euro some months.

Ethan cannot use our local playground as there is no possible way for him to use the one thing he loves; the slide. There is no ladder to climb (which I could help him do) to get up to the slide.
There is no swing suitable either.

I’ve addressed this issue with our local city council and was told that the playground was wheelchair friendly.

Ethan doesn’t get the services he needs; again it’s his wonderful teachers, SNA’s and us who follow recommendations by a therapist who may have seen him for ten minutes a year ago.

When asking for some home help so I could cook a dinner safely, as I cannot leave Ethan unattended and I also have a toddler; I was informed that Ethan isn’t in need of one. 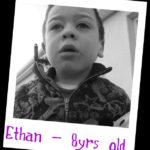 Every budget, every year, vital services are being taken away from children like Ethan and young adults all over Ireland.

The effect of this is devastating on families like ours.

The government are adding more and more children to waiting lists but putting embargoes on staffing all across the board with service providers.

Children are being ‘lost’ in the system.

We,the carers of our beautiful children are being forced to pay privately for therapies our children desperately need; with money we don’t have as we are not being looked after correctly by our own government.

Having a child with disabilities in this country is extremely isolating, there is no help, no support, no encouragement …it is a battlefield. We must battle every single time our child needs something, we must justify why we are asking and we must shout all while providing 24 hours of care.

When the caring is done and I am no longer a carer ..what happens then?

With no one to help us through the darkest days..months and years…after years of fighting while my son is still with me, after years of asking and begging for help and support ; what happens after? 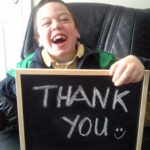 This was written as part of a project for helping raise awareness during Rare Disease Day 2016.

The point of this piece was to show the public , health professions and the government what it is  like to be a carer to a child with a rare disease today in Ireland.


I hear u my dear and before reading what u wrote I thought I was alone in my struggles with my sons diabilities and our local authorities . I hate every single second that I Have to beg for what is rightfully ours . They make ourlives difficult , if they knew how difficult it is to raise a disabled child then they would change the system to make it easier for us to gain access to the services we need for our kids . Or maybe they don’t care and they only care about cuts and bonus’s and meeting their budgets , and our kids are just another beurucratic figure on a peice of paper .


Sadly you’re not alone Shaima …governments have no idea what life is really like for any of us.
Thanks for reading and commenting…I hope you get the help and support you and your families needs x