In our world of special needs parenting we often hear little from or about these daddies that stand in the trenches with us, the mammies.

As Father’s Day approaches, I couldn’t help but think of those men who signed up to become a daddy but became far more than a ‘typical’ daddy. 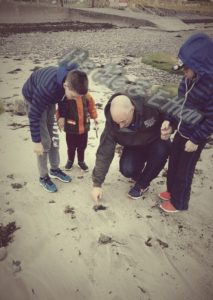 His strength knows no bounds,

His tears fall silently when no one’s around,

He has to be strong he’s reminded,

By televisions, adverts; however misguided.

He asks the hard questions,

And demands to be answered,

In a world where he’s often ignored,

Daddy’s can be seen but not heard.

Administers the medicine too,

He cleans the peg & can loop the tube,

And knows which therapies are due or in lieu.

He goes to an office to work his everyday job,

He comes home often, only to pull a night shift,

A meltdown, a blowout & dodging slaps to his gob,

He’ll wait for a kiss & a cuddle, knowing it’s a gift.

He’ll often be the one to cook the dinner,

While being the clown, the juggler and entertainer,

He can fill our home with laughter,
And certainly makes mothers duties lighter, thereafter.

Yes; he’s quietly in the trenches,

Facing all the inequality, ignorances and unfairness,

His shoulders are broader than most,

For his are to carry the things parents fear the most.

He’s often asked how his wife does it,

Pride will beam as he sings her praises,

The truth of it is, our darling daddies,

Without you all this would fall to pieces.

The strong beholder,
The great embracer,

The one that keeps the family ticking over.

You’re the one that whispers late at night,
Tomorrow will be a better day, my dear wife. 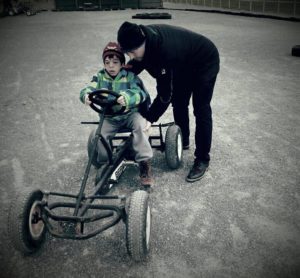 This was originally published on FireFlyFriends.com