Recently I wrote my very own confessions and the feedback was overwhelming, so much so ,that I decided I’d open these confessions up to you, the readers and here are some of the best confessions I was sent:-

(I couldn’t share all of the confessions, but I do thank you all sincerely for trusting me and sending them on to me to read) 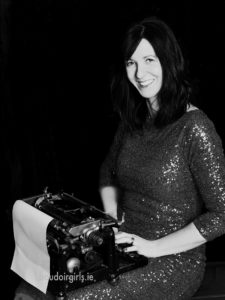 Some are parents of kiddies with extra needs while others are not, but can you tell which are which?

“ A couple of years ago, my son still needed his oxygen for naps during the day or if he was feeling unwell. I carried the oxygen in a backpack and always had it with me, just in case he took a nap (he was 2 at the time). One day I was getting a bus to the children’s hospital and I had the backpack with me, of course. My son was awake and didn’t need the oxygen. The queue for the bus was huge. I needed to get home. It had been a long long day. I figured having a son who needed oxygen, had to have some benefits…and so I popped on his nasal cannula – the crowd parted like Moses and the Red Sea. I got a great seat on the bus and got home on time…does it really matter that the oxygen cylinder wasn’t on?”

“ I once had to bring my very sick daughter home from the hospital via public transport. Anyone who has a sick child, would know that this is the very worst possible mode of transportation. I was trying to fold her buggy with one hand, while the bus pulled up. The huge crowd pushed forward leaving me and my sick child struggling with the buggy. It was freezing cold. I saw red. I’m not proud of this; but I marched through the crowd telling them that we were not waiting an hour for another bus. I demanded that my daughter and I get on the bus, and get on it now. I declared to each passenger that I would serve a prison sentence if any of them got on the bus ahead of us. I meant it too. They all stepped back, looking guilty. A driver on the neighbouring bus confirmed that my daughter and I were actually one of the first people to be at the bus stop. I actually ended up getting help to load all our belongs onto the bus and we got a very comfortable seat. I was furious that the public took advantage of the fact that I had to carry a semi conscious child and fold a buggy onto the bus, by myself , to skip ahead of us in the queue. People can be so rude …so can annoyed mammies though!”

“ I have three children. My youngest child has severe nonverbal autism. I love my youngest child with all my heart and soul…it is, however, incredibly hard at times and in my deepest darkest moments , I do wish that I never had my youngest child. My youngest has no fear, no sense of danger and a really high pain threshold. Once my youngest ran out of the house and was found safely but in those moments before they were found , I found myself thinking how much ‘easier’ life would be without them. It was a horrible fleeting thought which scared me to the bone, but if I am to be totally honest – I must admit that I do sometimes long for the life before I had my youngest child. I feel so guilty the my youngest will be a constant burden on my other children’s lives when I die. Having admitted all that; I do know how lucky I am, I do know what I have – three beautiful children, a loving husband and a family who love me dearly –but sometimes I wish I lived a different life.”

“ I purposely start cooking dinner at two, making me too busy to change my twins nappies when they get home from school- ensuring my hubby does his share of the bum changing which how I like to describe this manoeuvre!”

“Some mornings I simply cannot get out of the bed. I pretend I have important emails to answer or phone calls to make, leaving my husband to sort out the children”

“I pretend I’m constipated and stuck to the toilet bowl when I hear my kids beginning to fight, leaving my older children or husband to sort that fight out”

“I hate mornings, my kids seem to love them. I pretend I can’t hear anything and gently nudge my wife until she begins to wake up”

“I’m envious of my sister and her picture perfect children. Sometimes I wish for her to go through even half the shit I’ve to deal with …then I remember us as children and I feel like an awful sister”

“I once purposely followed a mother and her child around a supermarket so I could accidentally roll over her foot using my son’s wheelchair. In my defence, her child pointed and laughed at my son who was singing ‘Barney’ at the top of his lungs while clapping. (My son was obviously older than four or whatever the socially accepted age is to be singing and clapping in public to Barney.) She didn’t even correct her son, instead she looked too and laughed with her son…thinking about that now, makes me realise I should have kicked her up the ass with my sons AFO’s…”

“I once used my teenage daughters perfume because I had run out. I came home to find her father standing in between both our daughters while they roared at each other over the amount of perfume missing from the bottle. I was going to come clean but decided I’d keep quiet and let them both learn from this lesson — what they learned I don’t know and I don’t care. They now mark their bottles so, the jig is up.”

“I seem to spend most my days lying to my children yet scolding them for trying to tell me lies …ironically, I don’t feel like a hypocrite”

“I forget to brush my teeth on a regular basis and when I do remember, I forget which toothbrush is mine …”

“I use my child’s illness to get out of an awful lot of things I don’t want to go to…but I know that one day the invites will stop , sometimes I’m ok with that other times , I cry”

“I hate the condition my daughter has. It feels like I’m drowning and no one will throw me a life line all while my daughter smiles at me expecting me to do..to do what? I don’t know. I’m trying hard to learn to swim’

“I never signed up for this. It’s not fair. Everyone else gets ‘normal’ , ‘average’ …I get drama, trauma and more trauma without an ending is sight”

“I told my partner that the school asked for her to come into the parent teacher meeting too, not just me. That was a lie. I’m terrified I’ll say the wrong thing when the teacher starts telling us about what our kid can and can’t do. I’m afraid I won’t stand up for my kid like her mother does. I don’t know how to be an advocate , I try but sometimes I feel like I’m better off just being there for my partner …I wish I knew how to advocate too. Instead I quietly nod while the teacher picks fault with our kid”

“I once threw a water balloon at an unmarked police car. It was an accident. I was aiming at my kids and their friends. When the cop stepped out of the car to ask who threw that, I pointed at the neighbourhood bully …I’m ashamed and clearly a wuss”

“I’m sick to death of hearing about Autism. There are more conditions out there other than Autism and because my daughter doesn’t have Autism she gets no help, no intervention, no supports and sure as shit no respite. I want to scream when I hear the word Autism!”

“Sometimes I wish I never had my kids. They both have Autism. They both are violent, they both are nonverbal and they both get fuck all help. I hate my life. I don’t know what the point of it all is. Yet, yet when they smile …I think that they love me and know me and who I am ..but I don’t know. I hope I’m right”

“I often think having a baby is one of the worst things that ever happened to me. I am a single dad, which was never in my plan. I don’t know how to be a dad. I’m literally left holding the baby. I’ve begun to keep the baby in with me in bed, as she brings me comfort and makes me feel loved. Is that selfish? My baby is ten months old. I love her. I am tired. There isn’t much support for single dads and when I do find a group the mammy’s think I’m coming onto them or looking for a wife..I’m not, I’m looking for help and support. I hope I can do this but damn it’s hard. Hats off to all single parents”

“I wrote a detailed account about why parking in a disabled spot is an asshole thing to do and placed it on the car which had committed this offence. I then sat in my car and waited. When the driver came out, I saw him read my note. I was about to get out of my car when I saw him frantically looking for something as his wife rolled over to him using her wheelchair. I went to confession and learned a lesson that day”

“I teach my son who has ‘ticks’ curse words so he can always tell people what he thinks of them while they stare at him!”

I want to thank you all so much for such funny, honest and heartbreaking confessions you chose to share. Sending you all love. Ger x